From our own name, WINKIE adds the three values in which the brand is developed: a winning attitude, respect for the tradition of sport and the work of a team of specialists. 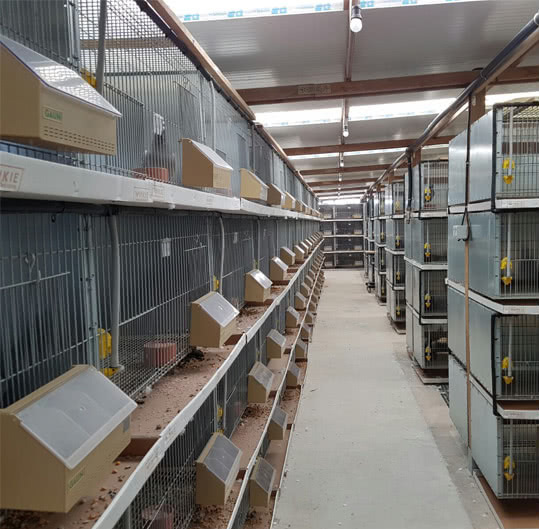 From our own name, WINKIE adds the three values ​​in which the brand develops: winning attitude, respect for the tradition of sport and the work of a team of specialists. Our mission is to bring to the Spanish fancier, the best European Lineages. As a pigeon breeding station located in Alicante, WINKIE has more than 2,000 m2 and a capacity for more than 500 breeding pairs.

WINKIE is already a reference in our country and is positioned at the level of the most avant-garde breeding stations in Europe. Behind WINKIE there is a great team specialized in pigeon racing, veterinary, pigeon care, management and marketing.

Who is behind it

The renowned fancier Javier Peral is the driving force behind this ambitious project. His love of pigeon fanciers has led him to achieve quick and effective results in the best national championships. His European vision and accessibility to the world's top pigeon fanciers guarantee that this European station is at the forefront of the continent. 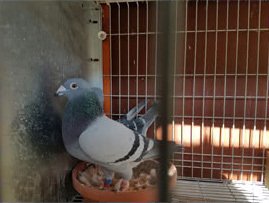 Through the WINKIE seal, we can certify that the specimens come from or are linked to our breeding station. You will find it on the pedigree of our pigeons, on the shipping boxes or even on the rings.

The story of a great pigeon

In World War II, a British aircraft called the Bristol Beaufort was hit by the Germans during a mission in Norway. The plane had to make an emergency landing in the North Sea in freezing February 1943.

With no radio contact, the soldiers desperately perched on the wreckage of the aircraft, in bad weather and huge waves, released a pigeon as their last hope. One hundred and twenty miles later, exhausted, soaked and covered in oil, the pigeon made it to its nest at RAF Pigeon Service. There, a group of experts were able to retrace its route to find the castaways and rescue them.

On 2 December 1943, this pigeon was awarded the highest honour for animal bravery in war and disasters: the DICKIM MEDAL. There are only 63 animals in the world that have received this award, and WINKIE, as the pigeon was called, is one of them.